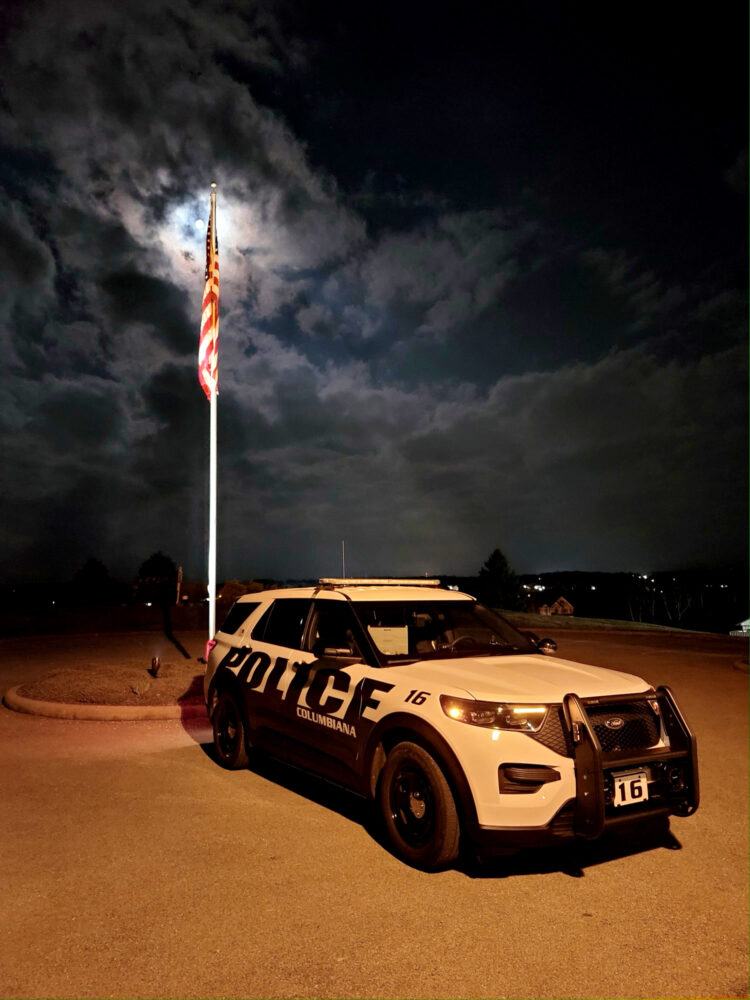 About the Columbiana Police Department

About the Columbiana Auxiliary Police

The Columbiana Auxiliary Police was first formed in 1940′s as a Civil Defense Unit with 22 men.

It was soon boasting 42 members. A few years later, after deciding to part from the “Civil Defense” as the membership wanted to work only in their own community, the “Auxiliary Force” was formed.

The Columbiana Force was the first Auxiliary Unit in the area. Art Carpenter was named commander, and the unit was divided into three squads, with Carpenter leading one, and Sgt. Gene Hanna and Sgt. Herb Scott leading the other two. The Auxiliary unit serves as a backup unit for the Columbiana Police. The Auxiliary force is responsible for all of the traffic and crowd control at all special events held in the city, including the 4th of July Festival, the annual Columbiana Street Fair and Columbiana Christmas Parade. They also assist the regular department during natural disasters and power outages with in the city.