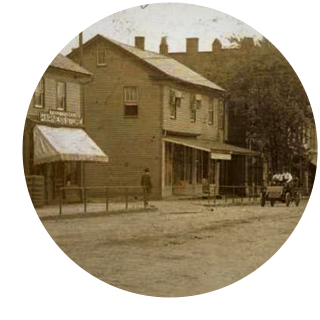 In 1802, Joshua Dixon originally settled the town that would become Columbiana. In 1805, he and William Heald laid out the town. By 1831, Columbiana had a railroad and three stores. It was incorporated as a village in 1837, and later became the City of Columbiana in 2000. As the village grew, it provided Police, Fire, and EMS services, and began to operate its own water, sewage, and electric facilities. In 1900, Columbiana native, Harvey S. Firestone, founded the Firestone Tire and Rubber Co. in Akron, and developed a method for mass-producing tires for the burgeoning automobile industry. The 68-acre historic Firestone Park is his lasting legacy, and the Firestone family memorial is located in the nearby Columbiana Cemetery. Columbiana has become known for several annual traditions, including the Shaker Woods Festival, which showcases the country’s finest crafters and artisans throughout August. Summer also brings Fourth of July fireworks and the Harvey S. Firestone Festival of the Arts. In the fall, the city holds the annual American Legion Street Fair, followed by Antiques in the Woods, and Christmas in the Woods. In winter, residents celebrate Christmas in Columbiana with the Joy of Christmas Holiday Light Festival. And in the spring, Columbiana features an outdoor French Market in May, and the Columbiana Wine Festival in June.